A LAN connects network devices over a relatively short distance like a school or office building and in some instances nearby buildings. A LAN is usually owned and managed by a single person or organisation and may be implemented as a single IP subnet.

A Campus Area Network is a network spanning multiple LANs in a large area such as on a university or local business campus.

As the name implies it is a network spanning a physical area larger than a CAN, such as a city. Like a LAN and CAN, a MAN is usually owned and operated by a single entity such as a government body or large corporation.

A WAN is a network spanning a large physical distance . The Internet is the largest WAN, spanning the Earth. It is a collection of large number of LANs each of which is connected to the WAN by a network device called a router. A WAN is usually not owned by any one organization.

The arrangement of various computers in a network is known is its topology. There are several ways in which a network can be physically arranged. Below are some of them. 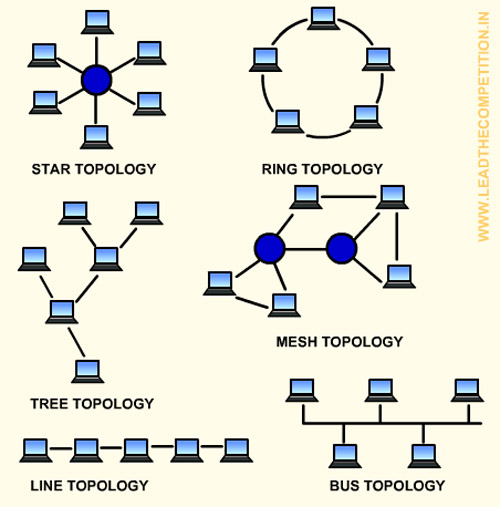